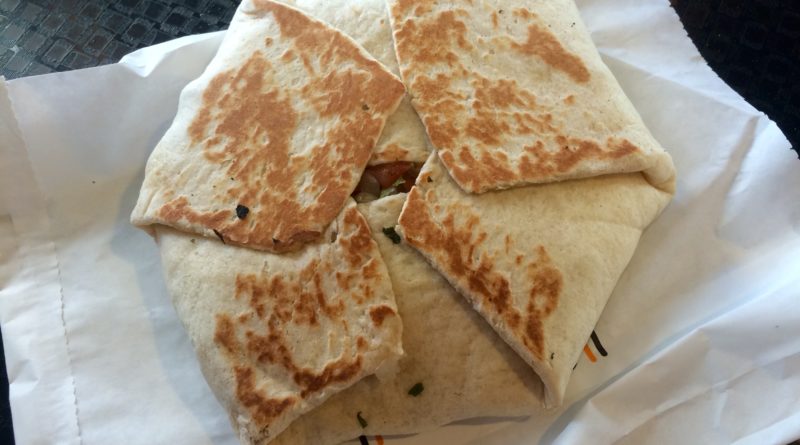 Well, it happened again. I was out throwing darts with the Rudeboy Crew and the football overlords who were in

charge of the video transmissions aired a Taco Bell commercial for the all new Boss Wrap at regular intervals. If you’ve read any of my other reviews you know I’m very impressionable and I’ll eat just about anything a TV tells me too. Eating the same thing is boring, and half the purpose of this blog is me eating new things so you don’t have to, unless of course I say you should.

Onwards, the Boss Wrap. Its got 750ish calories. They claim its like eating your boss’s food, which to be fair I suppose steak vs. the ground beef is a bit of a promotion. There’s a double steak one, and one with potatoes in it. One of my nicknames is Potato, partially because of my ghost-like complexion, and also because I love potatoes and potato accessories. However, why anyone would want potatoes in a burrito/wrap/taco/etc. is beyond me. My suspicion is that Taco Bell is sneakily attempting to save money by filling your items with cheap potatoes instead of meat and veggies. Understandable, but shame on them, and its gross.

So I ordered the double steak one. It was $5, which seems a bit much considering a crunch wrap is only $3. But hey, there’s steak in it, weeee! On the other hand I must admit that on the whole it tackled my famishment and was tasty at the same time, so 3.5 out of 5 stars is the verdict. If you don’t get hot sauce make that 3 stars (the dude only gave me 3 packets, what a jerk).

If you’re expecting a Boss Wrap the likes of which your boss would eat you will be dissapointed. This is essentially a glorified Crunch Wrap. Taco Bell has been accused of re-arranging the same ingredients before and they’re absolutely glaringly guilty of ignominious guile in this instance. All they did was take a Crunch Wrap and add guacamole (which isn’t exactly top notch), pico de gallo in place of lettuce/tomato, and steak instead of beef. There isnt even any nacho cheese in there (screw your 3-cheese blend). I would advise against the consumption of this poor, puny excuse for a wrap. Stick with a Gordita Cruch, Cantina Burrito, the original Crunch Wrap, or the Stuffed Nacho. Cheers to you Taco Bell, your commercial worked on me (but thats not saying much).