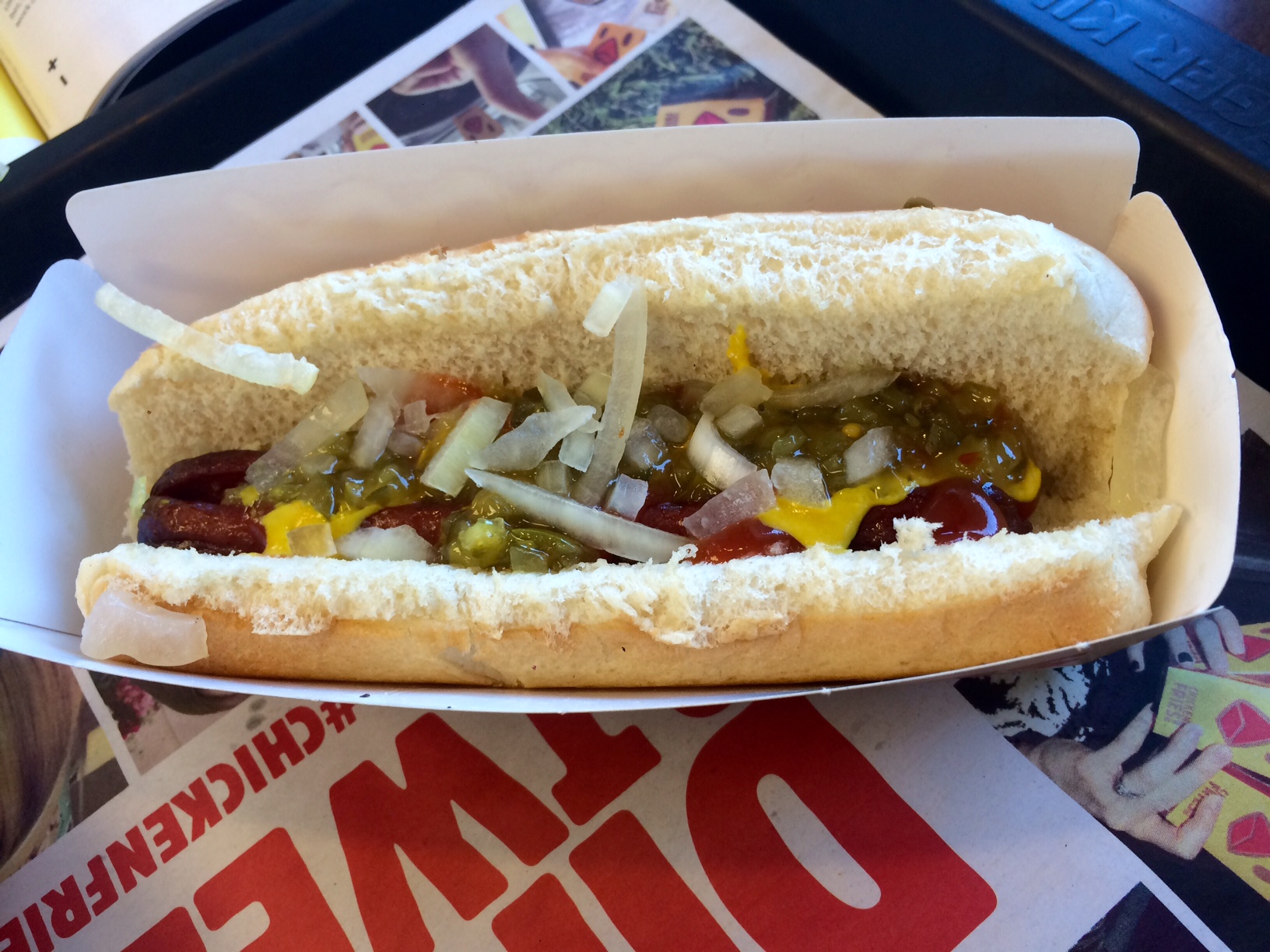 The gods of commerce have decried that I try the all new hot dog from Burger King, and as a submissive servant to salacious sustenance I humbly obliged the will of their infinite wisdom. Burger King has traditionally shied away from new and interesting menu items, relying instead on the Whopper as their key bread winner. To be fair, the Whopper is a decent hamburger for a fast food joint. But who am I kidding, any of us would rather go to Wendy’s, Arby’s, Five Guys, Checkers, or just about anywhere else. For those of you with an In-And-Out in your proximity you can ride off on the horse you rode in on (and fetch me some animal style please).

Anyway, so Burger King fancies itself Hot Dog King. There’s almost no reason to go to a Burger King in the first place. Their chicken fries aren’t fit to feed a dog, they havent figured out how to make french fries properly, and their chicken sandwiches will leave you feeling sad and alone. It’s an economic mystery as to how they’re still in business, surely they get some sort of subsidy like corn farmers. The only things Burger King has going for it is their Whopper, the sauce that comes with their onion rings, and those neat little king hats they give you.

The hot dog itself, well… it’s underwhelming at best. I appreciate that they’ve already put stuff on there; onions, relish, mustard, and yes ketchup (those of you who don’t put ketchup on your dogs are simply wrong). Otherwise this is about the level of quality you’d expect from a high school football game, where the kids parents are manning a concession stand with lukewarm offerings wrapped in tin foil. The drive-in theater has better hot dogs. Honestly, if you want a good cheap hot dog go to QuickTrip (or any gas station really), they make Burger King’s dogs look like intestinal tubes filled with penis and anus flesh. I give this hot dog a solid 2 out of 5 stars. Its edible, has a little bit of flavor, and yes, it’s flame grilled, but otherwise its not worth writing home about. Best part was probably the onions. Fun story, I once remarked that Burger King didn’t actually flame grill their stuff, a cool dude behind the counter offered to show me the fire. So they got me there, but this is me telling you not to bother eating their hot dog, I’ve done that so you dont have to. Seriously Burger King, shame on you. Your hot dog is so tiny the bun isnt even sure if it’s in yet.