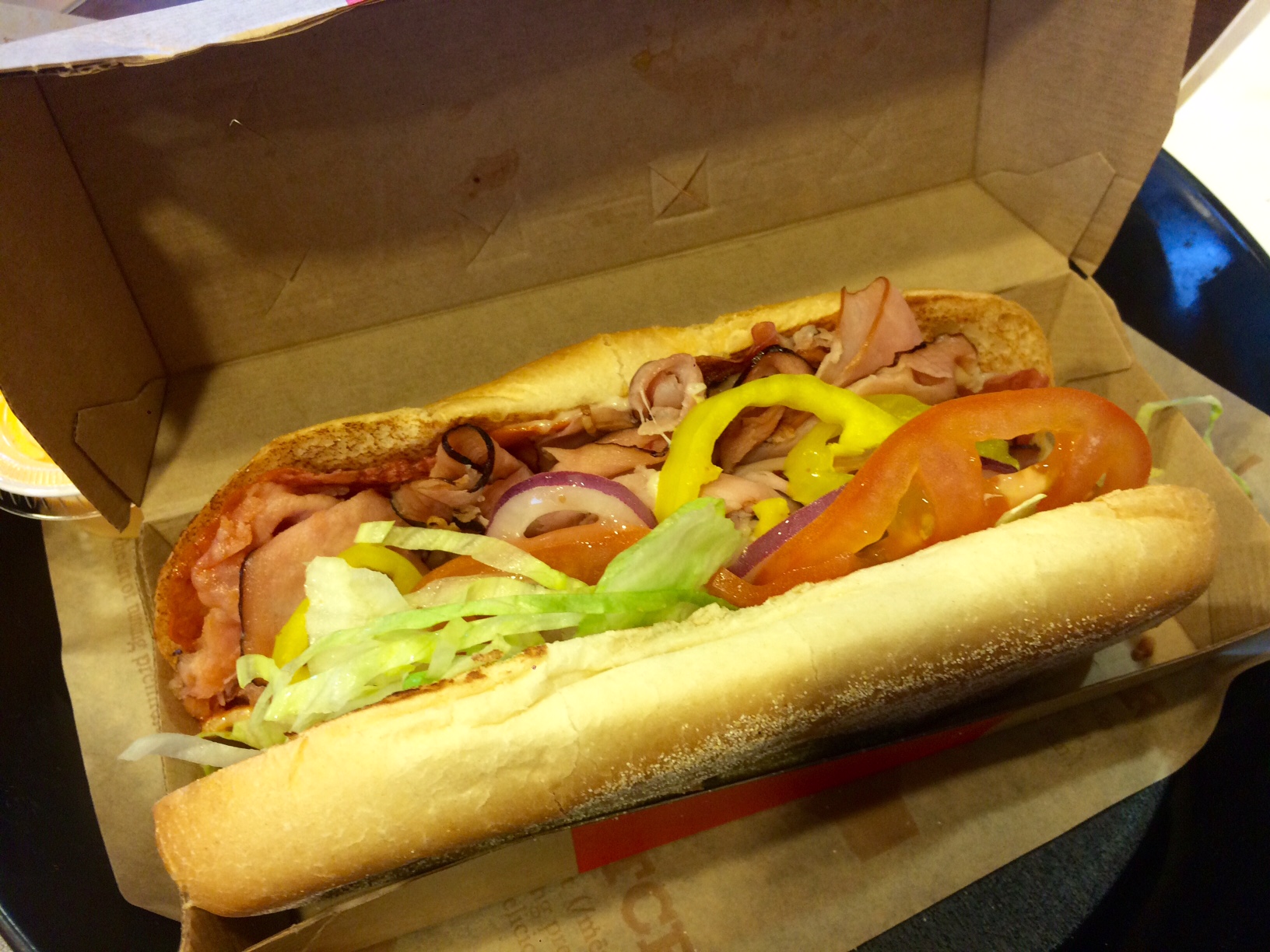 Well done Arby’s, glad you took my advice about a solid cold cut sub-style sandwich. For your efforts I award you 4/5 stars on the Loaded Italian. When Arby’s first rolled out their Angus beef line they had several options. One was a sandwich with plenty of vegetation on it, the others were slathered with cheese and/or bacon and not much in the way of greenery. I felt like a bit less of a slob eating the sandwich with lettuce, tomato, onion, and yellow peppers. The Loaded Italian is essentially the same thing, but cheaper and with Salami and Pepperoni. The red wine vinaigrette and garlic aioli definitely glue everything together, nothing makes my mouth sadder than a dry sandwich.

On the whole I recommend you scarf this savory sandwich soon, because you can bet Arby’s will get rid of it with a quickness since it’s something superior to their standard offerings. And then I shant return until they have a new item that doesnt taste like gym shoes. Seriously, Arby’s, Wendy’s, youre both terrible at this. You offer us a fresh and inspired menu item, then you take it away. If you’re lucky some poor unsuspecting patrons may wimp out and just order a standard menu item after being disappointed that what they wanted for lunch is no longer available, but not I said the blue pig. I’ll march right out of your restaurant and go somewhere else. And then I’ll hold a grudge which culminates in a blog post about it, reaming your bottom line and leaving it feeling like its ridden a Harley on a bad piece of road. But yeah, well done on the sandwich Arbys, and thanks for keeping that nacho cheese around.